Though talent is the major requirement needed to succeed in the music industry, artists still need to refine and polish their raw, uncut talent in order to make it shine for all to see through good music. And where else is better to polish raw music talents into refined ones than a music production school.

There are a lot of institutions and schools that specialize solely in the teaching of music like Berkley College of Music in the United States, Sae Institute in Spain, and the School of Sound Recording in England; these special music schools – which do not run other courses apart from music courses – offer different programs in different music courses such as audio engineering, music production and electronic music production, ranging from a bachelor’s degree to a diploma.

Apart from schools set up for the sole purposes of teaching aspiring artistes, DJs, music producers and song writers top-notched skills needed to compose and produce excellent songs, different multi-disciplinary universities and colleges also offer different courses on music in addition to courses in other disciplines. Many famous universities around the world like Cambridge University in England and the University of Massachusetts in the United States offer different music courses to students who are interested in study music.

They get to learn how to compose and produce good music in a formal academic setting and in an structured way. And most of the things they will learn in such environment might help to take them to the pinnacle of their career. 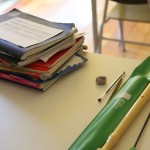 Recording Schools - What to look for

Some people just can’t get enough music. If you’re one of them and you are thinking about making it as a career in life, you should consider the option of going to a recording school. Note: Audio enginerring, Surround Sound, Soundscaping and so on, are...