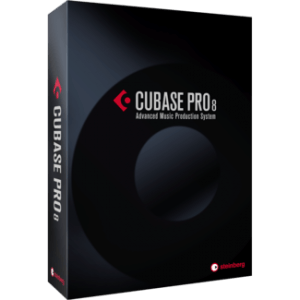 CuBase is an advanced system for music production. The digital audio workstation is developed by Steinberg. One of the most popular (and feature full) DAWs on the market.

Originally developed by Atari ST in 1989, today CuBase is a market standard available in 64bit. Compatible with Mac & Windows. It’s not ported to *nix.

It has been a year since Cubase released an update. Now it’s back with the versatile and more competitive versions of Cubase Pro 8 and Cubase Artist 8. These versions now has a wider range of professional Audio and MIDI tools for a more advanced experience in your editing, recording, mixing and composing needs.

The name isn’t the only thing that changed, though. Cubase became Cubase Pro as a symbol of its 25 years in the industry, evolving and changing into the better.

Cubase Pro 8 and Cubase Artist 8 now let you manage more instruments and tracks following a substantial reconstruction of the program.

Cubase Pro 8 now has automation enhancement keys to provide VCA faders. The audio-processing functioning is now improved by ASIO-Guard 2. This raises the bars for the operation of channels and instrument tracks.

The Inspector and Tracklist were also redesigned for more modern interface look. It now has global workspaces with improved windows handling for PC users and a new plug-in manager.

In-place rendering to both versions of audio fragments and MIDI have been added as an easy-to-use feature. There are also new introductions such as Chord Assistant modes, MIDI tempo detection and Chord Pads in the creative feature set of both the Cubase Pro 8 and Cubase Artist 8. Quadrafuzz Multiband distortion plug-in has been reinvigorated as the new Virtual Bass Amp.

An acoustic drum kit has been added to the Groove Agent SE 4 as the Acoustic Agent with 20 drum-style patterns included. There are feature additions on the MizConsole and a newer and better version of VST connect for over-the-web remote recording.

We might as well admit it: we fancy CuBase.