Get some free rap beats! Why buy rap beats when you can have them for free?

Yes, you read that right. We are offer free rap beats for you to enjoy and use to create the music you have been trying to. 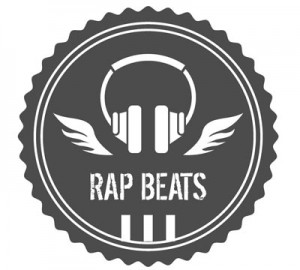 Grab these free rap beats now! Download, insert your vocals and your mixtape will be ready in no time. Simple!

You can stream via the play-button. If you like it, click the entry name and you’ll be taken to the actual sample page, where you can download and read a bit about the audio.

If you are looking for single instrument loops and beats – go here – navigate to our front page, in you want to browse all our instrumentals. 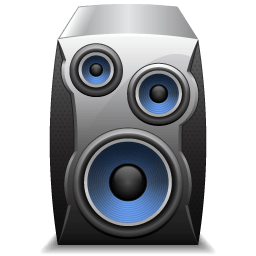 Free rap beats?
Please notice that the wording “free rap beats” is (mostly) for non-commercial use. The instrumental beats are available under Creative Commons licensing, so please take notice.

A question regarding usage of these free rap beats is in order. Since they are all licensed under a Creative Commons Attribution-NonCommercial license – some have wondered how they are free.

You are free to download the beats, and use them in any way, as long as you don’t make money from them. Download our Free Rap Beats and enjoy progressive Creative Commons Licensing which enables you to copy and distribute the work, as long as the artist is given acknowledgement and credit. In other words, it’s free because: There is no cost in downloading, there is no membership fee, non-commercial also means no royalties – we consider this free.

We are however moving on commercial usage. For now, you can write us with your project details, and if you are something like the typical music enthusiast we will type you up a royalty free / attribution license. mail at [no god damn spam] ibeat dot org.

Rap beats and Hip-hop in general have been known to date back from the pre-existing tribes of Africa. These started out as beatings from percussive instruments and the use of body parts to create rhythmic sounds usually performed in African tribal ceremonies. These traditions made way for the development of this culture.
During the 1960’s, many African tribes migrated to Kingston, Jamaica, bringing their culture along. Many Africans worked their way in preserving their roots and the cultivation of rap beats made this possible. Kool Herc, an African based in Jamaica utilised blue records and put together rhythms in order to entertain people in his community.
It was in the 1970’s when rap was first launched in South Bronx, New York and it started to arise globally. Drum-mixes were the first beats used by the people to embrace rap music. It has since started to promote peace and harmony all throughout the places it reach.
The very first globally-produced rap-tune was ‘The Adventures of Grandmaster Flash on the Wheels of Steel’. Rap music synthesizers were first used in Afrika Bambaataa’s ‘Planet Rock’.
During the years from 1983 – 1985, Acts as LL Cool J and Run-DMC started making ‘noise’. The period was dubbed as the second era wave of Hip-hop music and has been a permanent musical pillar ever since.

The modern music scene is incomplete with rap music. In fact, this genre makes up a huge percentage in the music industry nowadays. Many songs have certain ‘rap’ parts in them and many singers who cannot rap make it a point to feature a rapper in their songs to add aesthetic and creative value to their works.

Rap beats are always characterized by heavy drum patterns. Most music genres are characterized by different types of musical tempos in combination with different musical instruments and the like. But, only the rap genre exists just by using simple yet heavy beats to guide the rhythm of the song.

Melody is also present in rap music but it’s not given as much significance as to how beats are necessary. It’s just a secondary aspect in rap music which only serves as a bonus addition for the development of a better product. Sturdy beats with recurring groove on a heavy musical arrangement combined with rhythm is the characteristic of rap music.

Aside from the beat, a song cannot be complete without lyrics. Rap songs always contain vocals which that are almost spoken in style yet goes along with the beat of the song. The singing of rap vocals over beats isn’t traditional. This trend just started when the ‘new era of rap’ started. Meanwhile, as the world of music continuously evolves, the trend has again shifted and rap music has become associated with mixes of spoken and sung vocals altogether.

You can easily find the above on YouTube – always good for inspiration.

Using Samples in your own rap beats
Music sampling is the acquisition of a musical piece, whether it be a portion, complete audio track or a layered recording and reusing it in a different song or musical medium. Read more on techniques and ideas across the iBeat site.

Hip-hop was the first musical genre to be originally based on the art sampling. The first DJ’s were born while using two vinyl turntables and audio mixers during the 1970’s. It has then gained traction globally and now many types of music genres have started to use sampling. Sampling is originally done using a hardware named ‘sampler’ but now that the digital ages has come, there are already available computer programs meant for this task.

The use of sampling is controversial on both musical and legal sense. During the 1940’s up to the 1960’s when experimental musicians first pioneered the sampling technique, they sometimes miss to ask and receive permissions from copyright owners of the samples that they have used. It wasn’t even necessary to obtain copyright licenses in order to play recorded samples in dance parties. This continued until the genre grew and went mainstream. Because of the market growth, it was then ruled that it is necessary to obtain legal clearances for the utilization of samples, including rap beats and songs. There has been a commotion during the first few years of this ruling with artists and music producers fighting in court because of this legal trouble. There are still cases of this type nowadays but it has lessened significantly because of measures they learned to take to avoid legal conflict especially on copyright issues.

In the music scene, sampling is probably the most controversial area of conflict when concerning legal matters. During the first few years of sampling, many artists create their music using other people’s original works without permissions. This went on until the original artists took action about the issue and claimed copyright infringement. Many sampling artists responded with claims that their samples are under the fair use policy although this is not universal.